In order to be able to efficiently process the increased production, the processing capacity of the palm oil mill was upgraded from 40 to 60 tonnes per hour in 2013. This was the first phase of the mill expansion. The second phase brought the capacity of the mill to 90 tonnes per hour of FFB with the installation of four (4) units of fully automated tilting sterilizers which were commissioned in January, 2016.

In 2010 Presco increased its refinery/fractionation capacity to 100 tonnes per day. This was needed to cope with increased production from the plantation, and increasing demand from customers. A state of the art 100 Ton/day Fractionation and Jerry-can filling Plant was commissioned in 2014. A further expansion to 500 tonnes per day refinery is foreseen by the end of 2019.

The existing tank farm and loading area have been modernized to cope with increased production and sales.1 x 2000 MT tank was installed in 2012, with another 2 x 2000 MT added in 2013.

Presco harnesses the methane gas produced by decomposition of its Palm Oil Mill Effluent and uses the gas for its boilers. The Bio methane project is completed and adding 1MW to our energy balance. With this addition, Presco can say it is energy self-sufficient, producing its energy from waste biomass and POME, thereby reducing its dependence on fossil fuels. Indeed, fossil fuels are now used only for starting the factory after which the plants run full green.

In the plantation, Presco uses a novel system of fruit collection that greatly reduces collection costs. The system consists of a tipping truck mechanism that reduces the fruit collection turnaround time. Presco will continue to equip itself with similar truck-container system for use in all its estates.

The company has over 400 km of plantation roads that require regular maintenance to ensure that the crop can be efficiently brought to the mill. To do this Presco operates its own fleet of heavy equipment (loaders, graders, bulldozers), which is routinely upgraded. The same equipment are used for land preparation and building works.

Presco plans to rehabilitate the Jetty at Cowan estate to make it fully functional to be able to receive large cargoes of CPO from West Africa and to also export CPKO  to Europe.

Transport and workshop operations are critical to a company that moves 90,000 tonnes of fruit, shipping 30,000 tonnes of products and moving thousands of tonnes of materials (fertiliser, cement, sand, fuel, etc). Presco, therefore, continues to invest in its fleet and workshops.

Buildings, Furniture, Fittings and Others

Suitable accommodation and social facilities (clinics, and primary schools as well as a clubhouse and swimming pool) for staff are part of Presco's investment programme. To improve administration efficiency, Presco will continue to invest in modern office equipment and training of employees.

Presco renewed its standalone softwares with an Enterprise Resource Planning (ERP) software system, named ABS. The ERP (ABS) system has increased the accuracy and timeliness of internal and external reporting, which in turn has improved decision making. The system has therefore helped to reduces overhead costs and increased productivity. 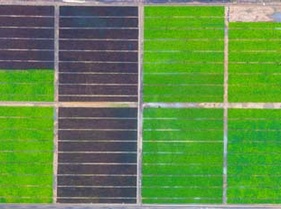